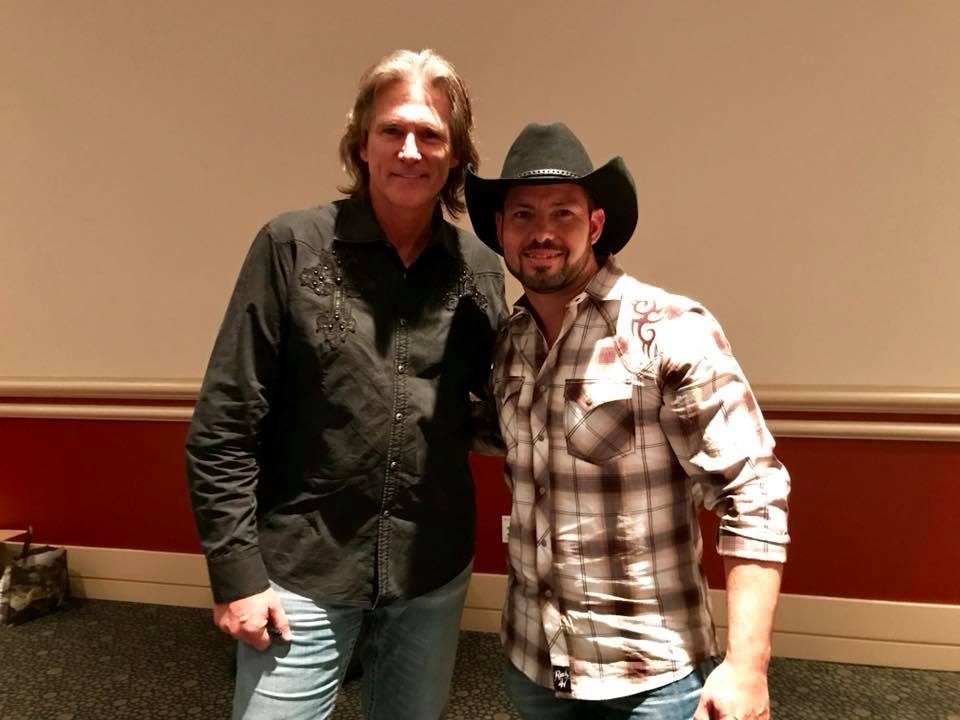 I was 15 when I first heard Billy Dean sing Somewhere In My Broken Heart…and I was immediately obsessed with it. I already loved the song- as it had been recorded a few years earlier by Randy Travis- but something about the emotion in the way Billy sang it was different. I remember telling my buddies that I’d bet them anything Billy wrote the song, and that’s why it sounded so much more emotional from him. Turns out I was right- Billy did write the song with Richard Leigh, and it went on to win the coveted ACM Award for Song Of The Year!

Last weekend I had the privilege of meeting, opening for, and even singing with Billy Dean in Salt Lake City at MusicCon SLC! Sharing the stage with a musical hero who had a huge influence on me as a songwriter was an incredible honor! Maybe the best thing about the experience was that he- much like other heroes I’ve had the privilege of meeting, such as Garth Brooks and Lewis Feild- was genuinely a nice guy and great person who made me feel comfortable and welcome. We were able to speak on the phone and text back and forth a little before the event, and from the start, Billy treated me like a buddy.

During the performance of my song “Old Friends, New Strings and True Love”, I incorporated a chorus of “Somewhere In My Broken Heart” into the tribute section where I cover some influential songs. Billy was beaming when I went back stage. He shook my hand, and sincerely told me how much he enjoyed and appreciated it. Talk about an honor!

Before the show, he had asked me what song I’d like to sing with him, and I immediately asked if we could do his song “Cowboy Band”- which was written by another of my favorite songwriters named Monty Powell- whom I also had the privilege of meeting at the event. Singing on stage with Billy Dean was definitely one of the highlights of my music career to this point. I genuinely feel blessed to have the opportunity to do what I love most, and I’m especially thankful for all of you who support me so I can continue to live this dream! God bless y’all- and God bless my longtime hero and new friend Billy Dean!

As amazing as this past weekend was, this kid REALLY made the weekend extra special for me. Thanks for the key-chain, Skyler! You’re the coolest!